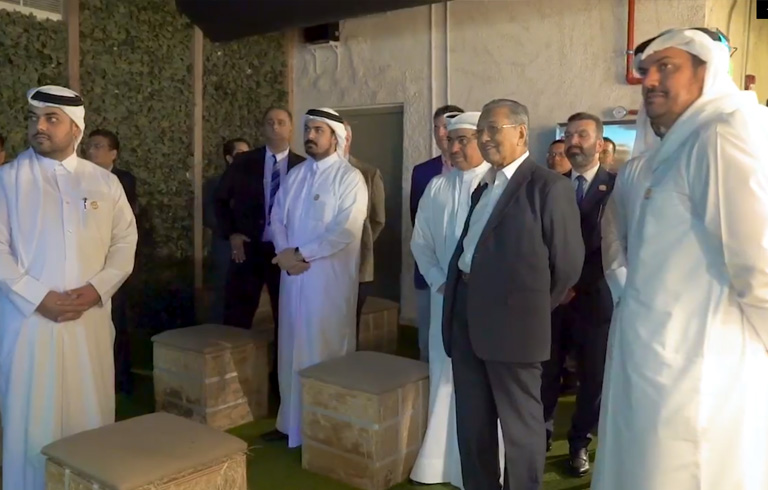 Dr Mahathir spent almost two hours exploring Baladna’s plant in Al Khor near here. He was given a briefing by its managing director and board member, Ramez Al-Khayyat, during the visit.

Baladna, which operates one of the largest cattle farms in West Asia, covering an area of over 2.4 million sq m, signed a memorandum of understanding (MoU) with Felcra Bhd in October to set up its maiden dairy production business in Malaysia.

Incorporated in 2014, the Baladna farm houses 20,000 cows in air-conditioned sheds and has the capacity to produce 50 million litres of milk annually, which is sufficient to meet its domestic demand for the next two years.

Baladna was created following a boycott by other Arab states, which cut diplomatic and trade relations with Qatar about two years ago. Since then, the Qatari government had provided logistical and other support to companies, such as Baladna, to boost domestic production.

It was reported that Felcra chairman Datuk Mohd Nageeb Abdul Wahab had said the two companies aimed to produce 50 million litres of milk by 2021 under the collaboration.

The collaboration , said Nageeb, would boost Malaysia’s milk production, which is in line with the National Food Security Agenda.

“Felcra will provide suitable areas for Baladna to open farms and it has agreed to offer technology infrastructure and supply imported dairy cows,” Nageeb said.

“Felcra is identifying areas in the central and northern region, as well as in Sabah and Sarawak, to be turned into farms for Baladna.”

Earlier, Dr Mahathir had an audience with Emir of Qatar Sheikh Tamim Hamad Al Thani, where the two Muslim leaders discussed the Kuala Lumpur Summit 2019 to be held next week.

Dr Mahathir said Sheikh Tamim had expressed his interest in the four-day summit, which will begin on Wednesday with the participation of delegates from 52 nations.

“The emir will attend (the summit) and give his ideas and share his experience in administering Qatar, especially in the nation’s education sector,” Dr Mahathir said after attending a dinner with the Malaysian diaspora.

The summit, to be held at the Kuala Lumpur Convention Centre, will serve as an international platform to speak, debate and find resolutions to problems faced by the Muslim world.

“They asked questions that reflected their interest to invest in Malaysia. Qatari industry players are also interested in cooperating with Malaysian businesses.”

Baladna is a trusted milk, dairy, juice and food brand in Qatar, Driven by excellence and the highest quality standards, Baladna is located north of the city of Doha and spreads over an area of 2.4 million sqm, with a capacity to house 24,000 cows. Baladna provides a comfortable and well-conditioned environment for the cows, allowing them to reach their production capacity comfortably. 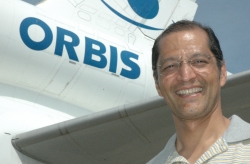 Dr. Pravin U. Dugel Elected to the Orbis International Board of Directors 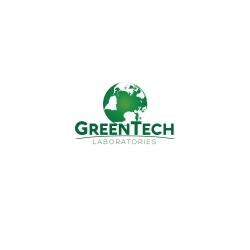 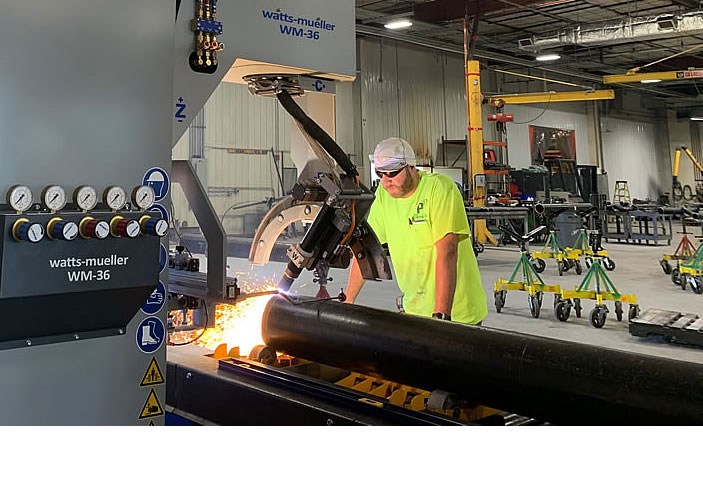