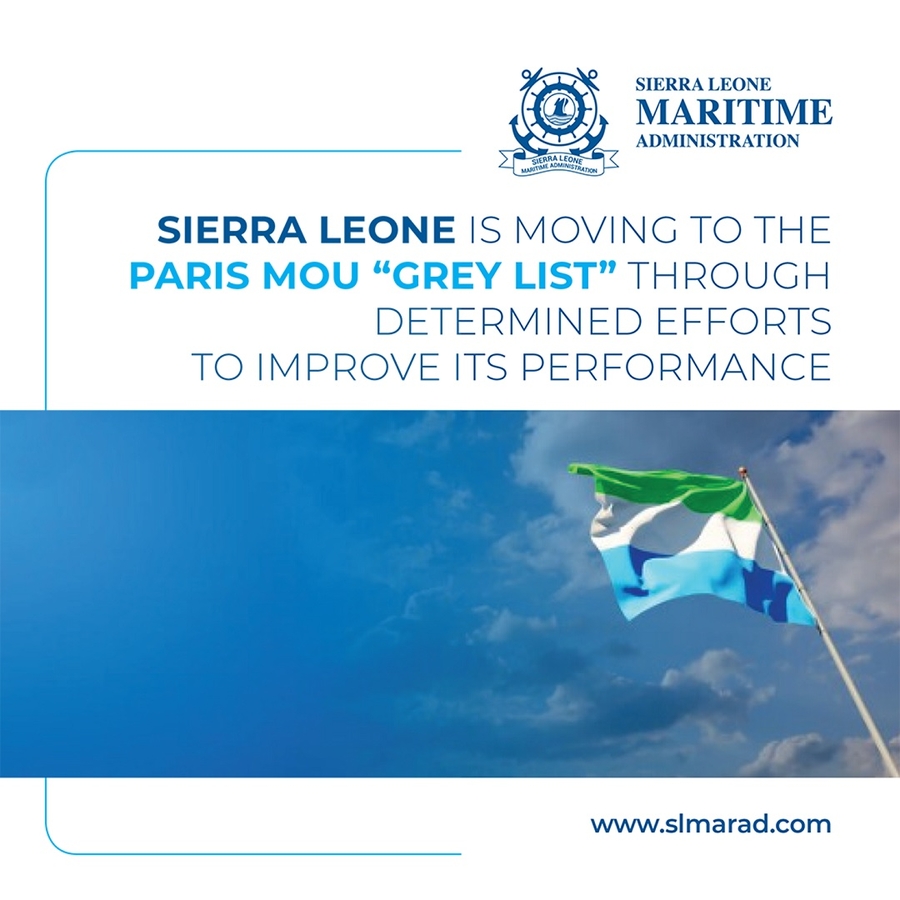 Sierra Leone is moving to the Paris MoU “Grey List” through determined efforts to improve its performance.

The WGB is based on the total number of inspections and detentions over a three-year period, based on the results of at least 30 inspections during that period. The current WGB list consists of 68 flags, of which 40 are white listed, 21 grey listed and 7 black listed. Back in 2019 the total number of flags was 70: 39 in the white list, 22 in grey and 9 in the black list.

Sierra Leone Maritime Administration was one of the flag states which were included in the Black List. After determined efforts to improve its performance Sierra Leone Flag has progressed to the grey list.

“We have worked steadily through the years building solid foundations to achieve this long waited growth. We have exercised utmost efforts and invested significant resources in educating our people internally and externally including but not limited to our Flag Safety Inspectors, Agents and Investigators. We have established and implemented a Concentrated Risk FSI Campaign, ratified the majority of the International Conventions and domesticated them into national law. We have successfully passed the IMO Member State Audit Scheme with excellent results, transformed into a digital ship registry and are in the process of establishing the first Maritime Academy in Sierra Leone. We are proud and pleased to announce that our efforts have been fruitful, and we have managed after a sustained effort together with the Government of Sierra Leone to promote the Sierra Leone Flag to the grey list of Paris MoU. We are achieving the steady growth always on solid foundations and I personally couldn’t be more proud of my team, both in Sierra Leone and in Cyprus,” said the General Manager of SLMARAD.

Sierra Leone Maritime Administration is committed to keep working on enhancing the safety and security standards and consequently the inspection performance of its registered tonnage with the final aim to move up to the Paris MoU White list in the years to come.

Managing the Insurance Claims Process After an Accident, Injury or Claim