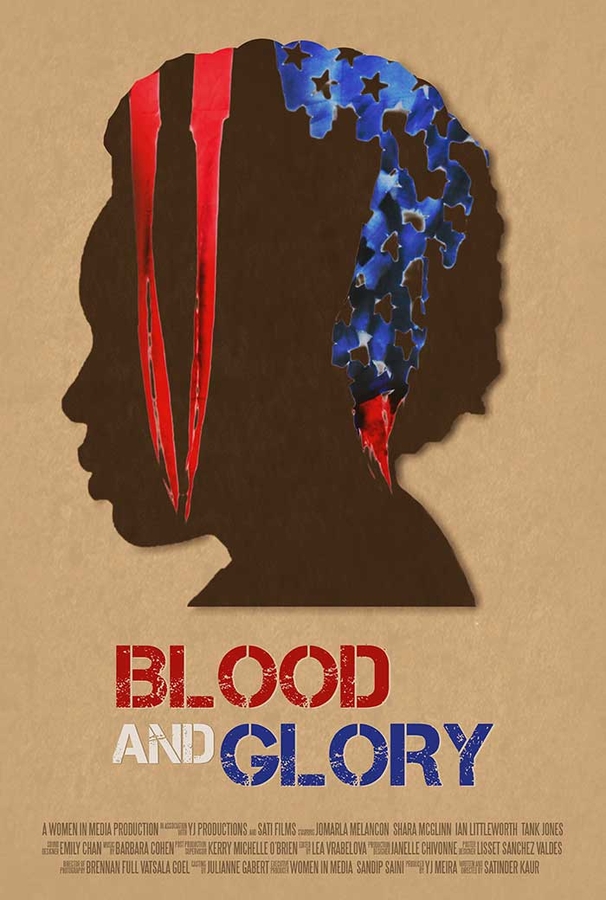 “It invites people to see beneath the surface and to check their own preconceived notions of what veterans look like and what many are experiencing after putting their lives on the line for our country.” – Satinder Kaur on her film “BLOOD AND GLORY”

The “BLOOD AND GLORY” logline is two homeless, female veterans’ friendship is tested when they confront adversity, discrimination, and even mother nature itself in their attempt to find work and survive the day. Satinder Kaur sees “BLOOD AND GLORY” as a film that sparks a dialogue. She stated, “It invites people to see beneath the surface and to check their own preconceived notions of what veterans look like and what many are experiencing after putting their lives on the line for our country. At the heart of this film, it is about the lead character Jackie, and her relationship with her battle buddy, Rosa. It’s really about their friendship and how it gets tested during the course of this one day. We’ve seen a lot of films about male veterans and battle buddies and what happens to battle buddies when they come back from war, and how they take care of each other. We’ve never seen that when it comes to women and I think having Jomarla Melancon, a Navy veteran, who has had those experiences and understands what military culture is like really helped us and made my job way easier.” Satinder Kaur is a U.S. Army combat veteran and won the grand prize for “BLOOD AND GLORY” in Women in Media’s CAMERAderie Initiative.

Tema Staig spoke on the CAMERAderie Initiative that brought “BLOOD AND GLORY” to life, “We started the CAMERAderie Initiative as an effort to bring more women up. We wanted to give more production value and also have an opportunity for our members to get direct information from vendors, to learn how to use the equipment and provide mentorship to as many departments as possible. We wanted to make sure we could touch as many people as possible over the summer and that it wasn’t just a few people who got the benefit of the program and that we could raise up the skill level for above and below-the-line women.” Satinder Kaur mentioned her mentorship experience during the Zoom panel. “Colin Trevorrow was my directing mentor. I learned so much from him. He made himself available. He watched all the cuts of the film. He read all the drafts of the film. He was only required to give us 3 hours of his time as part of the mentorship, but he ended up going above and beyond. When we got into Tribeca, he said he would be there if he wasn’t shooting Jurassic World. That’s the kind of dedication that the mentors and the Women in Media team has brought into our lives. They are invested in us not just for this project but in our careers and I think that is very unique to this program.”

YJ Meira talked about the future plans for “BLOOD AND GLORY”, “Part of our plan as we rolled out into the festival circuit is to partner with organizations that serve these different issues from homelessness to period poverty to veterans’ affairs. The goal is to make the film available once we can so that organizations can use it to continue these conversations and raise awareness. One of the most powerful things I have gotten out of the CAMERAderie Initiative is the strength in the network, the crew list, and the support that exists with Women in Media and the relationships we built.” “BLOOD AND GLORY” will be at the Cascadia Film Festival in May.

Moderator Amy Adrion said, “The film is so fantastic! In ten minutes, there are so many big ideas and so much heart. A lot of vision and sophistication in this film. Knock out performances!” When speaking about Women in Media and the CAMERAderie Initiative, Amy said, “The thing that is so encouraging I find is that the talent is there, it is there, it is there! Jomarla, the producers, the writer-directors, the production designers, the cinematographers, the composers, and the editors. There is just talent that is rich in this world and sitting – not idle – but it’s not being given the opportunities. I feel like with programs like this, the proof is in the pudding. You bring these people together and what a beautiful piece of art that you guys were all able to make.” This was Jomarla Melancon’s first short film. On working with Sati, Jomarla stated, “Sati is a totally different type of Director. She’s on point about what she wants and what she needs from you and that is so different from working with others in the past.”

Women in Media is a 501(c)(3) that encourages gender balance in film and entertainment industries by providing networking, education, professional development, and advocacy for above and below-the-line women and all genders that love making movies with them. Women In Media is an intersectional group of women and woman identifying crew members in the film, television, and new media industries. They are known for their female crew list, #HireTheseWomen lunches, and their CAMERAderie Initiative. For more information on Women In Media, please go to www.womennmedia.com.

Alicia G’s “It’s Little but It Jiggles” Has Arrived 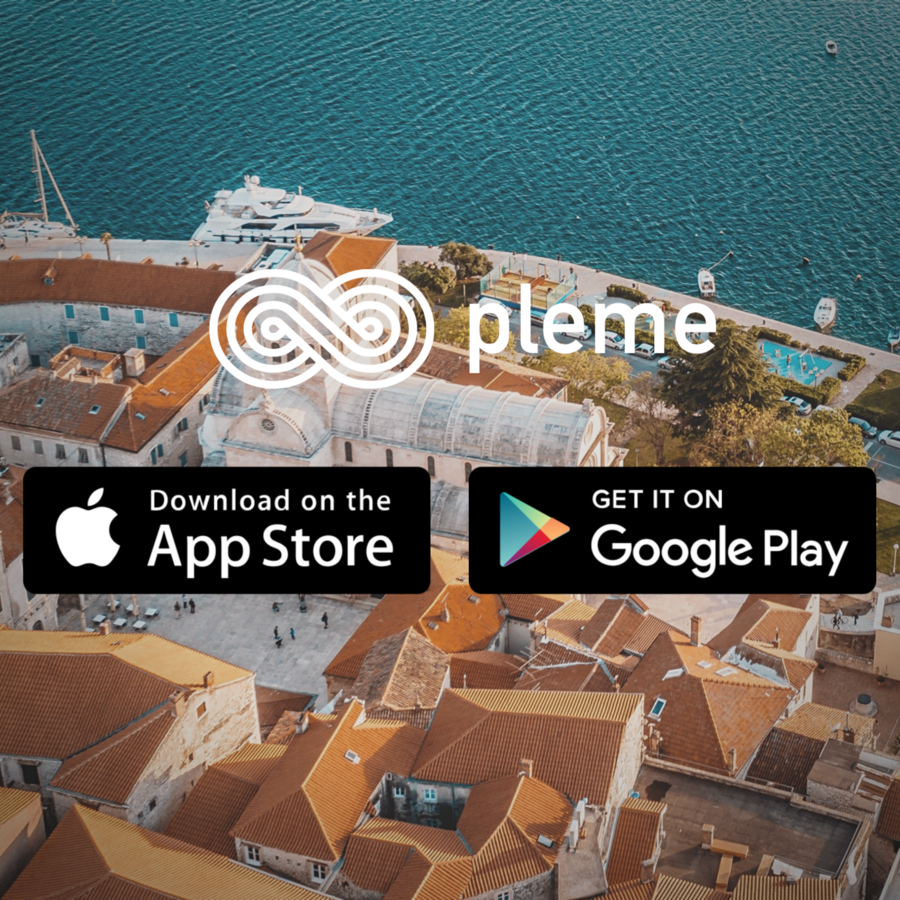 Pleme Social Network is thriving during the COVID Pandemic 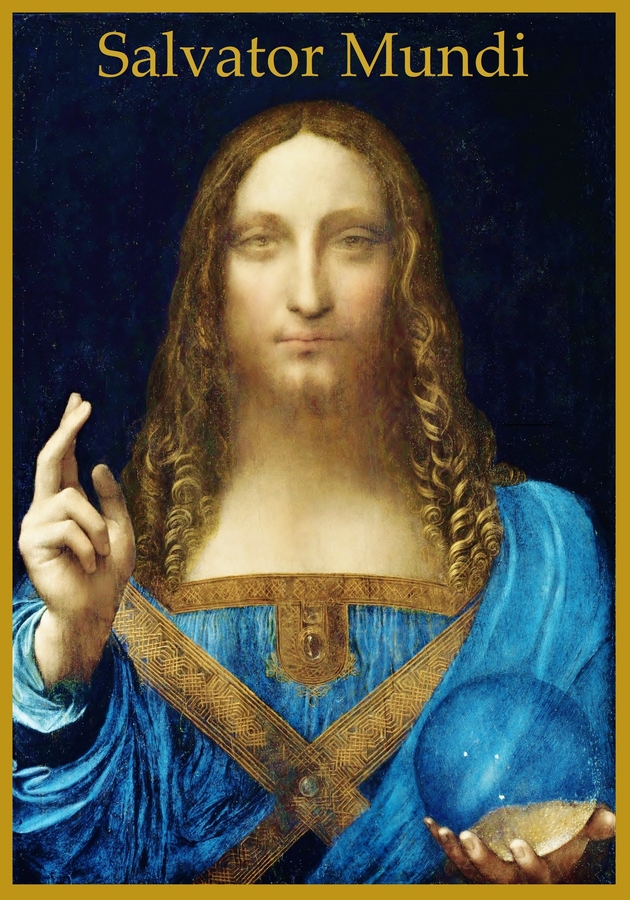