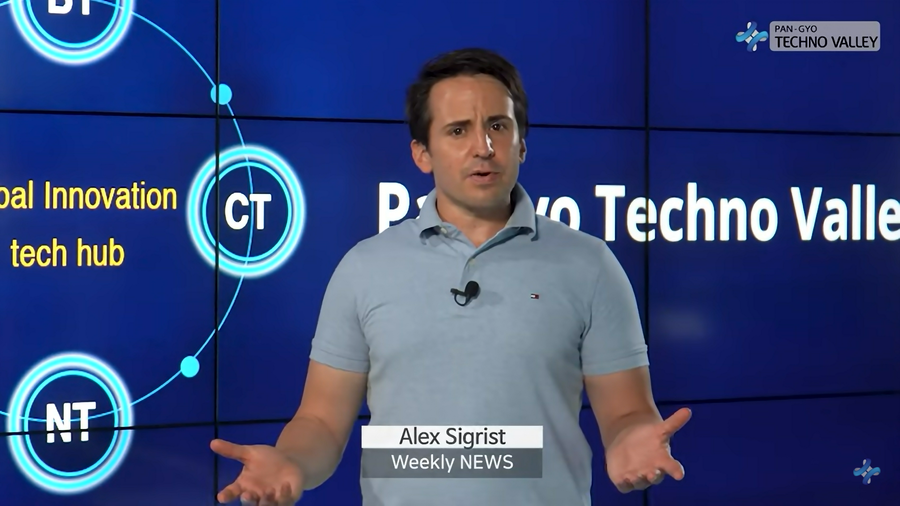 LOS ANGELES, CA, July 27, 2022 /24-7PressRelease/ — Hanwha Systems announced that it will participate in the Farnborough International Airshow, the world’s largest aviation and defense exhibition for the first time and start exploring overseas markets.

Hanwha System will install a 230㎡ (70 pyeong) large booth at “Fanborough International Airshow 2022” held in Hampshire County near London for five days from July 18 to 22 and present hyper-connectivity, superintelligence, and ultra-fusion technology connecting the ground, air, and space in UAM and defense industry zones.

The Farnborough International Airshow is considered one of the world’s top three air shows along with the Paris and Singapore Air Show, and is held in July of every even-numbered year.

This year’s air show, which will be held for the first time in four years following the cancellation of the 2020 event due to the spread of COVID-19, is expected to involve 1,500 global companies and organizations at home and abroad and more than 80,000 people are expected to attend.

Hanwha Systems is going to unveil a rotor (large rotary wing) mockup of “Butterfly,” an air taxi plane that is being jointly developed with Overair, a US company in UAM Zone for the first time. The rotor with three blades (propellers) reaches 6 meters in diameter and 6 meters in height.

Hanwha Systems will introduce how the motor in the rotor is operated as an “electric propulsion system,” along with “Optimal Speed Tilt Trotter (OSTR)” patented technology and “IBC (Individual Blade Control) technology” related to active vibration reduction.

Hanwha Systems explained that Butterfly deploys four tilt-rotors (vertical take-off and landing propeller operation system) implemented by OSTR and IBC technology on the front and rear wings, allowing safe flights with the rest even if one rotor breaks down.

Hanwha Systems plans to produce a life-sized unmanned prototype with Overair in the first half of next year.

In the defense industry zone, Hanwha Systems’ ultrasmall SAR satellite, which is reduced in size while cost-effectiveness is maximized in a thin rectangular parallelepiped form, and electronic antennas for low-earth orbit (LEO) communication that enable a stable ‘space Internet’ communication network will be on display.

It will also introduce air defense systems such as AESA radar technology for Korean fighter jets (KF-21), Cheongung-II multifunction radar (MFR), which is the main exports of K-defense to the United Arab Emirates (UAE) in January 2022, and long-range surface-to-air guided missile MFR.

“At this air show, we will promote Hanwha Systems’ technological competitiveness that will lead to innovation in the aerospace industry and future mobility paradigm changes in the global market,” said Eo Sung-chul, CEO of Hanwha Systems.

A global genome analysis service and AI-based new drug development company , Theragen Bio (CEO, Tae-soon Hwang),announced on the 19th that they recently published a jointly research paper with Gilo Foundation, Yonsei University, University of Tsukuba in Japan, and MedPacto (235980) in the July issue of ‘Nature Communications (IF: 17.694)’, which is an online sister journal of Nature, a world-renowned academic journal.

The results of thls study, led by Gilo Foundation (hereafter Gilo), where CEO of MedPacto, Sung-jin Kim is also serving as the research director, showed that the MAST4 protein is a key protein that determines the differentiation of Mesenchymal Stem Cell (MSC) into cartilage or bone cells.

The results of thls study are significant that Korean researchers have discovered a new protein (MAST4)for the first in the world that can take crucial role in the treatment of various cartilage and bone loss such as osteoporosis and rheumatoid arthritis, which areintractablebone joint diseasein the aging population.

The research team also confirmed that the cartilage differentiation and generation of mesenchymal stem cells was promoted when stem cells deficient in MAST4 protein were inoculated and transplanted into mice subcutaneously. Also, in the rabbit cartilage damage treatment model, it was confirmed that when human-derived bone marrow cells deficient in MAST4 protein were transplanted, the damaged cartilage tissue was completely regenerated.

A company official said, “MSC has low immunogenicity, which makes it is easy to secure cells because both autologous and homologous cells can be used. After that, we can remove gene from MAST4 protein with gene scissors and transplant MSC to use them for restoration of cartilage, which has high potential of becoming groundbreaking treatment.It will greatly contribute to regenerative medicine in thls field.”

Dr. Chang-pyo Hong from Theragen Bio took a big role in proving through transcrlptome data analysis that MAST4 is regulated by TGF-Β and Wnt signaling in thls joint study.

Dr. Hong said, “thls research paper discovered MAST4 protein which is an important central mediator of the previously known TGF-Β and Wnt signaling, and newly unravels the link between the bone and cartilage differentiation process. It is expected to contribute significantly to the treatment of bone joint diseaseand the development of regenerative medicine in the future.”

KRAFTON Inc. (CEO Chang-han Kim) announced on the 19th that they are recruiting teams to participate in the ‘PUBG MOBILE OPEN CHALLENGE 2022’ (Hereafter, PMOC 2022) Phase 2′.

PMOC 2022 is an amateur league for general gamers who play PUBG mobile. Phase 2 is a league in the second half of PMOC 2022, and teams with outstanding results will advance to the pro league, ‘PUBG MOBILE PRO SERIES 2022 (Hereafter, PMPS 2022) Season 4’.

Application for participation can be submitted on the official PUBG Mobile eSports website from the 20thto August 3rd. Each team can have a maximum of 6 people, which is consists of 4 members and up to 2 reserve members.

Qualification for PMOC 2022 Phase 2 is ranked by adding up the points from the 6 best matches out of a total of 12 matches held 4 times a day for 3 days from August 19th to 21st. Every team must participate in a minimum of 6 matches. The final rounds will be held on September 2nd and 3rd, and the top 8 teams from the preliminary matches and the 8 teams relegated from PMPS 2022 Season 3 which ended recently and will compete for tickets for PMPS 2022 Season 4.

MyFranchise, the online startup platform, announced that they will start the ‘MyFranchise Dark Horse Project’, a startup recruiting project for innovative brands that have entered the franchise market.

The first project brand is ‘Robert Chicken’, which is fried chicken from a robot, and it is looking for franchisee by August 31st.

MyFranchise was established in October 2019 with the goal of making the transparent and healthy startup ecosystem by solving the information asymmetry of the offline startup market. They are providing services for the franchise headquarters and the platform ‘MyFranchise’ for future franchise founders, and has successfully attracted investment from Naver D2SF and others. As of July 2022, there are a total of 2,600 MyFranchise partner brands, with 570,000 accumulated startup information hits and about 6,000 accumulated startup inquiries.

The first brand to be introduced in the ‘MyFranchise Dark Horse Project’ is ‘Robert Chicken’, which can be operated by a single owner while using a collaborative robot to achieve consistent taste. They have already verified the market by operating 7 directly managed stores, and are recruiting their franchisees through thls project. There are benefits through thls project, such as exemption of robot rental fee of 36 million KRW for 3 years to the first contract holder, and fee exemption of 7 million KRW worth of franchise fee and education fee up to the 10th contract.

Jun-yong Kim, CEO of MyFranchise, said, “MyFranchise has established itself as a link between brands with potential and future franchisee by resolving information asymmetry between the franchise headquarters and members planning to start a business. With thls Dark Horse project, we will find the brand that will become the dark horse in the franchise market, and connect them with future franchisees.”

– NEOWIZ CORP. unveiled development roadmap of ‘SANNABI’
According to the unveiled roadmap, NEOWIZ will complete the chapter 5 content within the third quarter and introduce auxiliary functions for beginner users. They will also adopt play optimization and collection elements. The title screen and game UI will be completed, and Steam achievements will be added by October. In November, they will start the development to expand their platform to the Nintendo Switch. 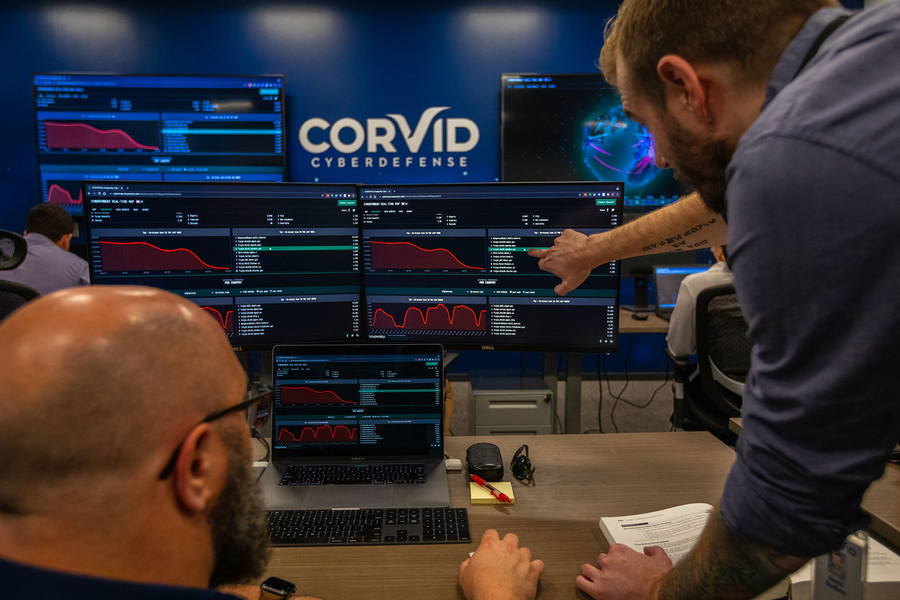